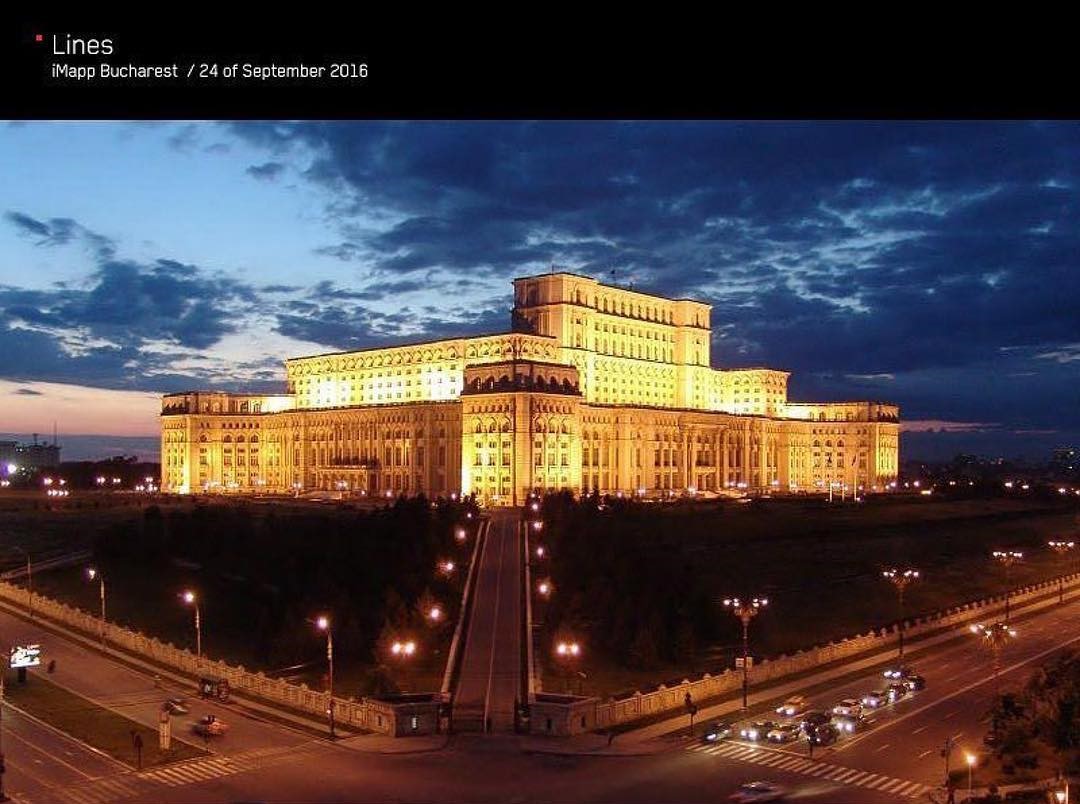 We are invited to Romania, IMAPP

We are invited to Romania, IMAPP to perform a 7k resolution pixels audio/visual experience using 104 projectors over 2.000.000 ANSI lumens, on the facade of Palace of the Parliament in Bucharest which is the 2nd biggest building in the world after Pentagon. Palace of the Parliament also has a Guinness World Record with it's 365.000 square meters space. Hope to see you in Bucharest on September 24th!

The largest 3D video projection mapping contest in the world – iMapp Bucharest, organized by the Municipality of Bucharest, through creart – the Center for Creation, Art and Tradition, brought together more than 40.000 people on the 24th of September, in Constituției Square, for the third edition of the event.

iMapp Bucharest stands for video projections on the second largest administrative building in the world, more than 104 projectors used, 23.000 square meters of projection surface, over 2.000.000 ANSI lumens and one huge stage. Each year, in September, the best video artists in the world showcase their work on the façade of the Palace of Parliament, in front of a large audience.

Video mapping uses a complex 3D image, that brings to life the surface of the building by forms and colours, using each architectonic element in order to personalize and reshape the gigantic area of the construction. Thus, the “outline” of the building becomes the main protagonist of a dynamic show of sound, colour, light, a true optical illusion.

the Palace of Parliament in Bucharest, Romania, 2016, imapp

is an abstract architectural projection mapping show which took place on the facade of the Palace of Parliament in Bucharest, imapp which is the second largest administrative building in the world, with usage of more than 104 projectors over 2.000.000 ANSI lumens, on 23.000 square meters of projection surface. It has been billed as the biggest projection mapping show in history.

is a significant concept in the contemporary world.
A dialogue consists of the lines that are intended to be spoken. It is a form of active communicative interaction, which is the result of emergence of a specific discourse can also be described as "to engage in an exchange of views". The lines in a dialogue are actually the tangible forms of our perception.

Our world is getting increasingly interdependent and interconnected. Genuine understanding seems to be the exception rather than the norm in everyday communication. We speak different conceptual languages, hold different values, embody different ways of seeing the world.

Getting the inspiration from this strong theme of our present reality, our aim was to transform our perception into light and sound, using one of the biggest buildings in the world as our dynamic display. In this way, we had the chance to share a moment with the audience in order to create an abstract way of dialogue.