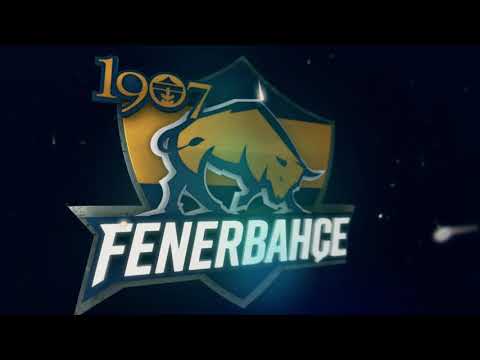 This logo animation made for Fenerbahçe Esport Team. Modelled and animated in Element 3D & After Effects. Don't forget to check out

Check out our showreel & portfolio : https://www.badqode.com

Fenerbahçe Esports ( fenerbahceespor.com ), or Fenerbahçe for short, is the electronic sports branch established by the 1907 Fenerbahçe Association on October 14, 2016, but transferred to Fenerbahçe SK as of January 01, 2022. In addition to the esports team in the Champions League in League of Legends, the branch also has FIFA, NBA2K, Apex Legends, Arena of Valor, Valorant, PUBG Mobile and Honor of Kings teams.

The team was established on October 14, 2016, when the 1907 Fenerbahçe Association, headed by Ali Koç, took over all the rights of the SuperMassive TNG team in the Championship League.[1][2] On November 23, Thaldrin became the first name to join the team and assumed the role of team captain.[3] On November 24, coach Chris "MoSiTing" Würger joined the team.[4] On December 10, 2016, it was announced that Reach, Frozen, Un1tback, J1mmy and JAPONE joined the team.[5] On January 8, 2017, Padden and Elysion joined as 2 shooters.[6] Despite beating HWA Gaming 3-2 in the semi-finals, 1907 Fenerbahçe failed to deliver what was expected in the winter season, but lost to SuperMassive 3-1 in the semi-finals and was eliminated in the semi-finals. Having parted ways with Elysion, Un1tback and Reach in the summer, 1907 Fenerbahçe transferred Move. The team, which started this season with momentum, finished the regular season in the 1st place. Although no favorite was shown in the final, he became the champion by defeating SuperMassive 3-0 in the Turkish Grand Final played at Ülker Sports and Event Hall on 19 August 2017.

1907 Fenerbahce, who parted ways with Move and transferred Chaser to the season in 2018, could not start the season as they wanted and finished the regular season in 3rd place by performing well below the previous year. In the play-offs, they lost 3-1 to Team Aurora in the quarter-finals and fell short of expectations. Transferring Move again in the summer season, the team nevertheless performed close to the winter season and finished the league in 3rd place. Although they beat Bursaspor Esports 3-1 in the play-offs, they lost to SuperMassive 3-1 in the semi-finals and were eliminated in the semi-finals.

The management, which took radical decisions in 2019, parted ways with all its players except Only35 and formed a team from the beginning. Gians Gaming's former top laner Ruin in the top lane, Kirei, who was the jungler of Dark Passage last season, in the jungler position, Bolulu, who is part of the Red Bull Factions 2018 champion Team Forge team, in the middle lane, played last season in Bursaspor Esports. They transferred Hades, who became a member, and Japan, where they won the Summer season championship together. They finished the season 1st with 14 consecutive wins and became champions by beating SuperMassive 3-0 in the season finale. Having had the worst season in its history in the summer season, the team finished the first 9 weeks of the league second with 7 wins and 2 losses, but finished the league with 9 wins and 9 losses and finished 6th. They lost 3-1 to Galatasaray in the play-offs and were eliminated in the quarter-finals.

This logo animation made for Fenerbahçe Esport Team. Modelled and animated in Element 3D & After Effects. Don't forget to check out