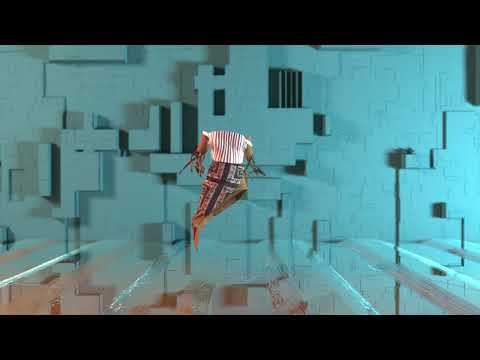 The idea of reflecting the character without a body was exiting for us. We associated not using a body with the feeling of lack of identity within augmenting human population. Human variety and confusion brought a structure that will not lose its pace to "Dancing Clothes".

The thing we need is reflecting the emotional state, soul and characteristics of the character.

The truth is, the movement itself and the moment.

We produced our motion models according to average female and male types. We were obliged to show the motion without using bodies. We had to bring together character variety and a clear body language within a minimal structure.

We paid attention on motions while designing the clothes. The clothes had to be a part and continuation of the moment. Hence we used tassels which swing according to motions, hoods which hops with the character or structures in contour lines in details.

The place had to contrast the character in order to highlight. We designed the place with suitable patterns to dynamic structure and with our abstract structure